The Story of Melbourne and Italian Food

Australia is known around the globe for the cultural diversity of its population. This diversity extends to the food we eat. Melbourne, in particular, is known for its high standard of Italian food. But, do you know why this is? Let’s have a little look at the history of Melbourne food and its Italian influence.

Immigration from Italy to Australia began in the 1850s during the gold rushes. Approximately 4,000 Italians immigrants were lured to our shores by the prospect of riches and good fortune.

Though not accepted by the wider community, many Italian immigrants proved themselves to be very entrepreneurial during the interim period between World War I and World War II. Within their own communities, they began to set up shops. These were often greengrocers, tailors, bakers and other small businesses. These shops became meeting places for the local Italian communities. They were successful due to the high quality of produce, the good advice given, and the general sense of community.

At this time, many clubs were also formed as a way of maintaining Italian customs and traditions, and to form networks of support, particularly to help new Italian migrant arrivals.

The 1950s saw mass immigration from war-ravaged European countries to Australia, and Melbourne in particular. Australia and Italy had an agreement that allowed Italian migrants to be eligible for the Commonwealth nomination scheme. This meant that from 1947 to 1961, the number of Italians in Victoria increase from 8,305 to 91,075. With them, these Italian migrants brought foods that had never-before been experienced by wider Australia.

These new Italian migrants formed whole neighbourhoods and communities, within which several delis and wholesalers started to crop up, selling the foods from home. These grocers introduced to Australia many vegetables and foodstuffs that are now staples to any kitchen but at the time were unheard of, like zucchini, artichoke and even olive oil.

Many of these Italian grocers were opened in Carlton, a suburb which is now famous for Lygon Street, which is also known now as Little Italy.

It wasn’t until the 70s, however, that Italian food and culture started to catch on in the wider Melbourne community due to the wide discrimination many Italians experienced. Eventually, though, people started to realise that there was a whole world of food they were missing out on. After all, who could possibly resist Italian food after the first bite of a pizza or the first mouthful of pasta? 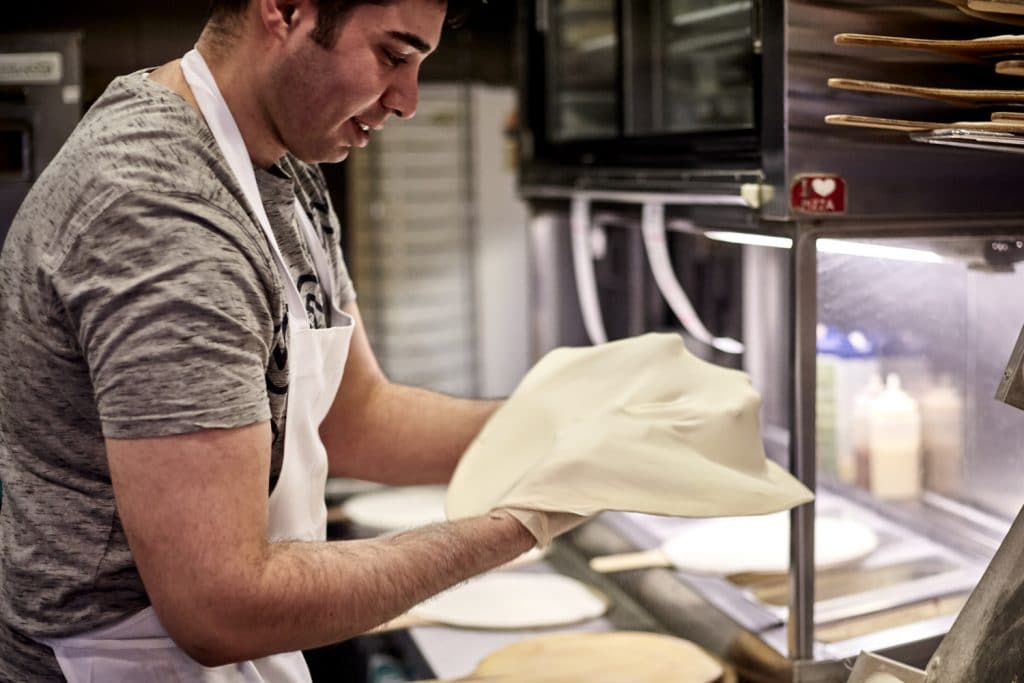 It’s impossible to overstate the impact Italian immigration has had on Melbourne’s cuisine culture. Without it, we wouldn’t be the coffee fanatics that we are, nor would we have access to the incredible pizza and pasta we have. There would be no olive oil, no incredible cheeses like ricotta, mozzarella and parmesan, and no other delicious Italian goodies like prosciutto or pesto.

Before Italian influence, the stock standard Australian meal was one of a hunk of meat and a limited range of vegetables, washed down with a lot of tea. Italian immigrants introduced a more sophisticated and civilised way of eating, including accompanying meals with a glass (or two) of wine.

Luckily, nowadays Australia embraces our multi-cultural heritage, rather than rejecting it as we used to. Once, many Australians thought things like garlic and olive oil to be alien and thought of with suspicion, but they are now known to be ingredients which can enhance almost any dish. Now people are much more open to trying new cuisines and ingredients, and we’re all the better for it.

Italian food in Melbourne is continually changing and evolving, and now even influences non-Italian cuisine. There is still so much potential to be unleashed and so much to look forward to in the future.

Where Does 11 Inch Pizza Fit?

At 11 Inch Pizza, we pride ourselves on being one of the best Italian restaurants in Melbourne by producing traditional gourmet Italian pizza. That’s why all our dough is still hand-kneaded, all our ingredients are hand-picked for quality and freshness, and each pizza is lovingly crafted to perfection.

We understand the rich history of Italian food in Melbourne and this influences the way we create our pizzas. For us, a pizza is more than just a pizza; there is a whole complex story behind it and we believe that you should be able to taste that in every bite.