The Most Common Mistakes When Making Pizza

Want to know the most common mistakes when making pizza?

Making pizza from scratch can be incredibly fun, especially when you get the whole family, including the kids, involved. And, for the most part it’s a relatively easy process; even though making pizza dough can be a bit time-consuming and messy.

Nonetheless, making pizza from scratch isn’t completely fool proof. But knowing which steps most commonly trip people up can help to steer you in the right direction and avoid them. Here is your ultimate guide to the most common mistakes when making pizza. 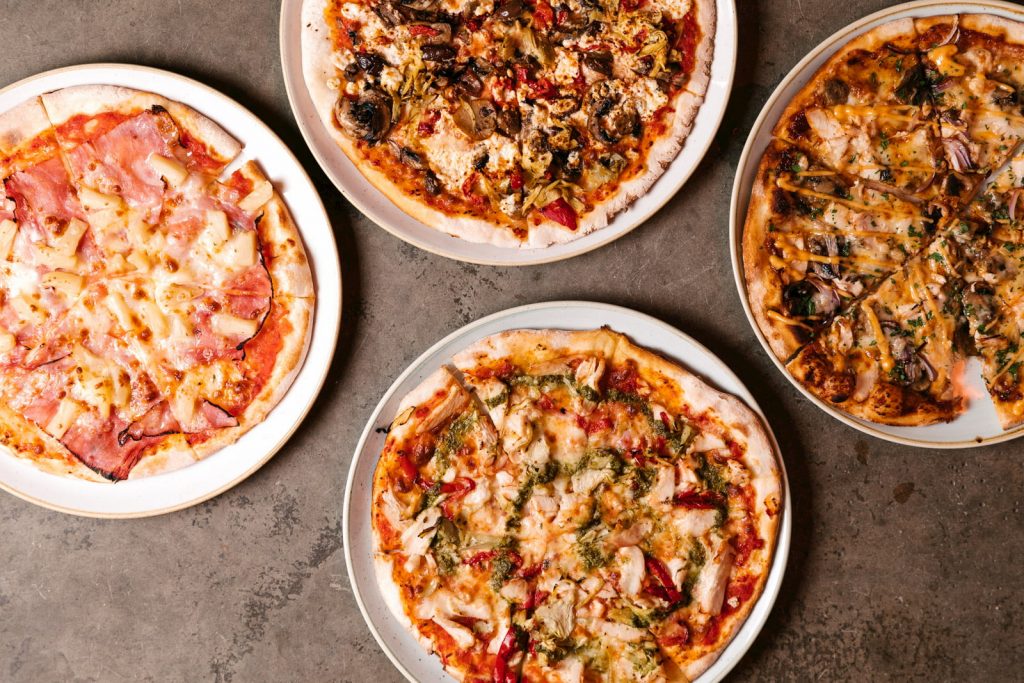 Not Letting the Dough Rest

Often, when making pizza, people anticipate the delicious result so much that they try to rush steps in order to create the final product as soon as possible. One of the steps that is most commonly thrown out the window is letting your dough proof for long enough.

Proofing – which is the process of putting the dough aside and allowing it to rise – enables the yeast to leaven through fermentation, making the dough rise. Not allowing your dough to proof for long enough will result in a hard, dense and just plain gross pizza base. On the other hand, giving it time to sit and rise will reward you with a soft, pillowy and chewy pizza base.

However, if you really want to speed up the process, dough proofs quicker in warmer environments, so turn the heating on and your dough will rise faster. Be warned, though – the higher the temperature the less flavour is developed through the proofing process. If you have the time and want a really tasty dough, try proofing it for 24 hours in the fridge.

Not Kneading the Dough for Long Enough

Just like proofing, kneading is a vital step when it comes to creating the perfect pizza dough. When you knead dough, you are essentially re-arranging the molecular structure of the proteins that it is made up of. That’s why the texture will become smoother the more you knead it; the proteins are lining up to become chains of amino acids which in turn form matrixes.

Kneading often takes a lot longer than you would think; it can actually be enough to work up a sweat! Ideally, you should knead the dough for around 10 to 12 minutes. Or, if you’re lucky enough to have a stand mixer with a dough hook, let it run for about the same amount of time.

You’ll know your dough is ready when it holds its shape when you hold it up; it shouldn’t ooze or sag. Alternatively, simply try poking and if the dough bounces back immediately, it should be good to go.

Using a Rolling Pin to Form the Dough

If you followed the previous tips correctly, your dough should be light and full of bubbles. If you use a rolling pin you will undo all of your hard work by knocking the air out of those bubbles, once again leaving you with a dense and tough pizza base.

While you don’t need to have the coordination to be able to toss the pizza dough in the air like a pro, you should still put the rolling pin aside. Instead, just use your fingers to gently stretch the dough to your desired shape. It’s okay if it’s not perfectly round – this will give it an authentically rustic and gourmet look, anyway!

Just make sure that it is relatively even in thickness and that it’s not too thin; you need enough thickness to support all the toppings you’re about to put on it.

As tempting as it is to think that more is more when it comes to pizza toppings, going minimal will often result in a better pizza. Overloading your pizza with too many toppings will result in an uneven, soggy mess that will be difficult to take a bite out of.

Instead, why not look to the Italians for inspiration for your pizza toppings? After all, they have hundreds of years of practice when it comes to making pizzas, so they certainly know what they’re doing.

Alternatively, if you’re willing to be adventurous, you can also try some more out-of-the-box pizza toppings and flavour combinations.

Not Letting the Pizza Cook for Long Enough

If you’re used to simply heating up frozen pizza or even making at-home pizza using a pre-made base from the supermarket, you’re probably used to just letting the pizza sit in the oven long enough for the cheese on top to melt and for the ingredients to heat up.

But when you’re making pizza from scratch, you need to keep in mind that you need to give your pizza time for the dough to cook through. So, when baking your pizza ensure that you let it sit in the oven for about five-minutes longer than you think. After all, there’s nothing more frustrating that biting into what you think is going to be a delicious pizza only to find that the dough is still raw.