When and Where was Pizza Invented?

Wondering where was pizza invented? Want to know when the first pizza was made? We have taken a deep dive into the history of everyone’s favourite food to find out more about who first crafted a delicious pizza meal. 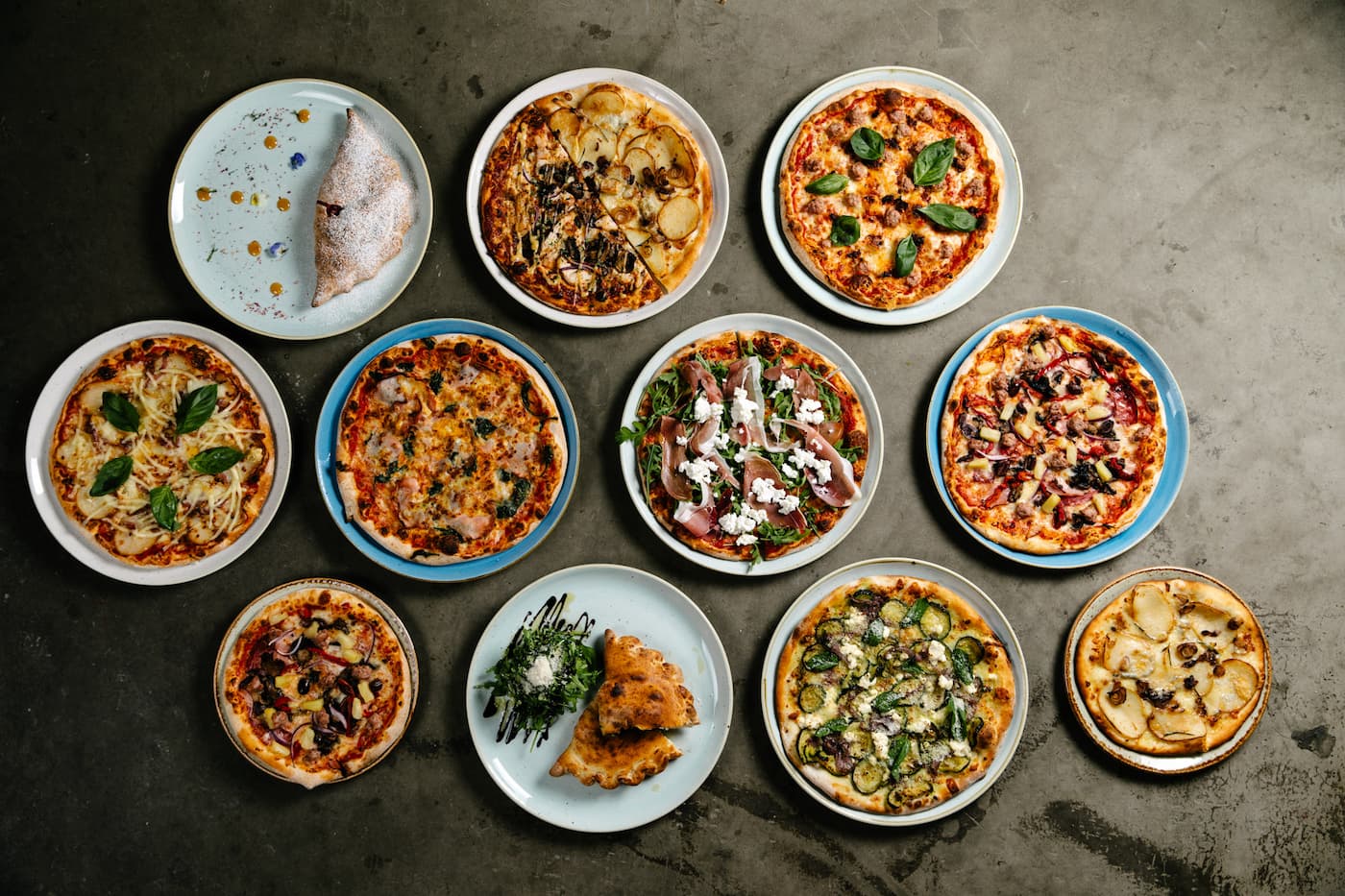 As terrible as it is to imagine, there was once a time when no one knew what a pizza was. In fact, for most of human history, people have not been able to enjoy a delicious pizza! But there was an alternative for these early humans. Flatbreads are believed to have been the first type of bread, and the first type of processed food made by humankind. There are archaeological records of flatbread dating back 7000 years.

The Ancient Greeks made their flatbreads with toppings, including herbs, onions, cheese and garlic. In the 6th century BC, soldiers in what was then called Persia ate flatbreads off their battle shields. They topped these with cheese and dates. Little did they know that they were providing the origins for one of the greatest meals the world has ever seen.

The first time the word ‘pizza’ was used was in the year 997, more than 1000 years ago. It was first documented in Gaeta, a city on the coast of southern Italy. From there, it spread in popularity around Italy.

Despite Gaeta holding the crown for the first written record of pizza, Naples is considered the true birthplace of this iconic dish. In the late 18th century, Naples was one of the largest cities in Europe. The Port of Naples brought in lots of overseas trade, and the opportunities afforded by this meant that a lot of Italian peasants migrated from other parts of the country. This population boom caused the city of struggle and many people fell into poverty.

Because pizza used simple ingredients and was made using a standard flatbread, it became a favourite meal for poorer people. Pizza was sold in the streets of Italian towns and cities, but wasn’t served in restaurants. It was perfect for the poor labourers rushing around the city looking for work and doing odd jobs to scrape by. Pizza could be eaten on the go in just one hand. Plus, it could be cut up into different sizes to meet the budget of the customer.

It might surprise you to know that the early pizzas were actually sweet dishes, not savoury. Over time, the dish evolved to utilise more savoury toppings, using cheap and easy ingredients with lots of flavour. Some of the first savoury pizzas included garlic, lard, salt, basil, horse-milk cheese called caciocavallo, and whitebait.

Although tomatoes now appear on most pizzas, they were not an original part of the recipe. This is because tomatoes are not native to Italy. The first tomatoes were brought to Europe from the Americans in the 16th century. At first, many people thought they might be poisonous. Even when they started to be eaten, richer people looked down on the tomato and they were not a popular part of Italian cuisine. This meant that they were cheap, which made them the perfect addition to the poor person’s favourite food – pizza!

The Birth of the Margherita

One of the most popular pizzas has its own place in the story of how pizza was invented. In 1889, a Neapolitan pizza chef named Raffaele Esposito created the first Margherita pizza to honour Margherita of Savoy, the Queen consort of Italy. The pizza was topped with basil, mozzarella cheese and tomatoes – representing the green, white and red of the Italian flag.

Despite this long history of pizza, it didn’t really take off as the national Italian dish it is today until the early 1900s. Neapolitans moved around the country and took their pizza expertise with them. The poor people who originally made pizza became gradually more wealthy, and pizza began to be served in restaurants and appear in cookbooks. During the second World War, Allied soldiers first encountered pizza and loved it. As tourism began after the war, people from around the world started to ask for this quintessentially Italian dish. Different regions introduced new ingredients and the variety of flavours of pizza started to boom.

Pizza Around the World

Since its humble beginnings on the streets of Naples, pizza has spread around the globe. It is particularly popular in the United States, after Italian immigrants brought it to New York City in 1905. Pizza is now enjoyed in restaurants and households everywhere, and you can be sure to find beautiful gourmet pizza being made with love near you. Different places have created their own spin on the meal, like deep dish pizza in Chicago, or pineapple topped pizzas in Hawaii. Who knows what the original Neapolitans would make of that!