Pizza Around the World

Pizza is an extremely popular food around the world – and for good reason. The combination of chewy dough and toppings to suit any preference or craving is undeniably delicious and universally loved. But while the basic concept of what constitutes a pizza may be fairly universal, the flavours, techniques and topping combinations can differ from country to country, and even from city to city. 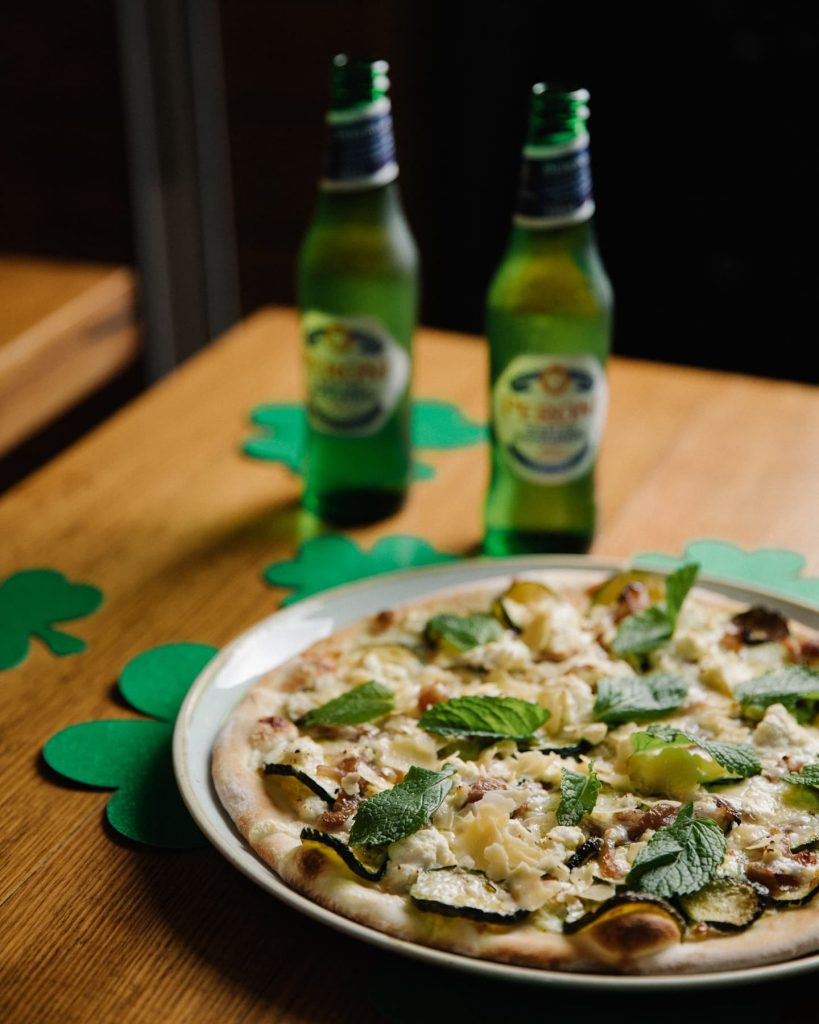 It’s impossible to discuss pizza around the world without acknowledging its Italian origins. Basic forms of pizza – which more closely resembled today’s focaccia – have existed for thousands of years. But what is now recognised as modern-day was developed in the waterfront city of Naples during the 1700s and early 1800s.

Pizza was an essential dish for the Neapolitans as it was known for its high population of working-class poor people. Pizza – which was flatbread covered with various toppings – fulfilled the need for inexpensive, filling food that could be eaten quickly. Sold by street vendors and informal restaurants, pizza quickly became a popular food in the region.

Thanks to a visit from Queen Margherita and King Umberto I – which resulted in the creation of the margherita pizza – pizza quickly began to spread throughout Italy with different regions altering and customising the original recipe to suit their tastes and preferences. Many of the pizza topping combinations we know and love today come from this diversification of pizza throughout Italy. For example, pizza pugliese comes from the Apulia region and Sicilian pizza is known for its thicker crust.

Pizza – which people also call pies in America – is wildly popular in the United States and, on any given day, 13% of the population consumes pizza. The United States is also responsible for the creation of pizza chains, as well as frozen or chilled pizzas that can be bought at supermarkets and heated up at home.

But why is pizza so popular in America and what makes it different from traditional Italian pizza?

The development of New York pizza is thanks to the city’s large population of Italian immigrants. New York pizzas are known for being a lot larger than regular pizzas – about 45 to 60cm in diameter – which is why they are often sold as a slice, rather than a whole pizza. These large pizzas with a thin crust are generally folded in half to eat, which prevents the excess oil from dripping and allows the slice to be eater with one hand.

The most distinguishing feature of a New York pizza is its crust, which is made high-gluten bread flour. Many also credit the minerals of New York City tap water supply as a key ingredient to characterising the flavour and texture of New York pizza dough.

Chicago-style pizza is a deep-dish pizza that more closely resembles a traditional pie. Baked in a pan, the crust is able to curve up into a high edge, allowing room for large quantities of chunky tomato sauce and cheese to fill it.

Because of the depth and density of Chicago-style pizzas, they have to be baked for much longer than traditional flatbread-style pizzas –around 30-45 minutes – which can burn the cheese if it is spread on top. That’s why Chicago pizzas are generally assembled in the opposite order to regular pizzas, with cheese on the bottom, followed by toppings like meat and vegetables, and then the rest of the crust is filled with tomato sauce.

It’s no secret that Australians love pizza. This love is at least partially thanks to our richly multi-cultural society and large population of Italian immigrants.

Melbourne has a rich history of Italian food. In the 1950s and 1960s, Melbourne experienced an influx of Italian immigrants who were fleeing from war-ravaged Europe and the first dedicated pizza restaurant opened in Carlton in 1961. Because of its fairly recent indoctrination into the Australian food scene, for the most part pizza in Melbourne closely resembles traditional Italian pizza with an added Australian flair.

For the best pizza in Melbourne, you need 11 Inch Pizza. We draw upon the techniques and traditions of Italian pizza-making as well as being inspired by global influences and flavours to create spectacular pizzas that excite your taste buds.

From our take on the traditional margherita to our Aussie-inspired Oi Oi pizza, 11 Inch Pizza has something for everyone. The uniting factor between all of our pizzas is the care and effort we put into creating each one. That way, we can guarantee that every slice will be as delectable as the last.